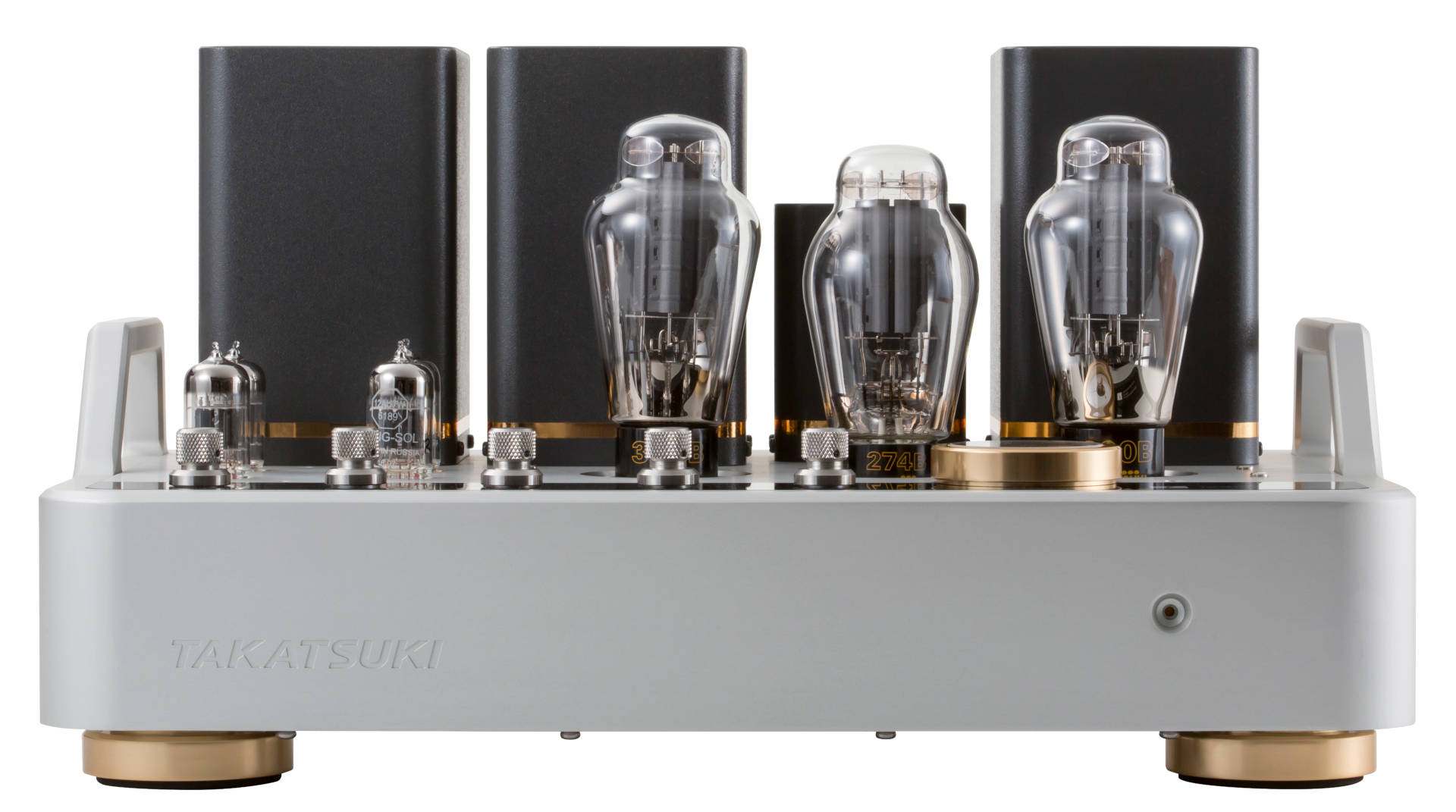 Takatsuki Electric Co. Ltd. is a manufacturing group that, in addition to its own production, assists various customers in the production and assembly of semiconductors and electronic parts using high technology. The company pays special attention to manufacturing in Japan, contributing to global development, and impressing its customers with advanced technology of the highest level. The technology implemented in Kyoto is a combination of a traditional approach with original technologies derived from experience and ingenuity.

Using the technological capabilities and know‐how accumulated since the company was founded, Takatsuki is now developing four business areas across the country:

Since our inception, we have adhered to the principle of “Made in Japan” and continue to manufacture products only in our own factories in Japan. We have factories with large class 10,000 clean rooms ranging from 2,000 to 4,000 m2 across the country in Toyama, Fukui, Kyoto, and Kagoshima. In addition, we have all the necessary fixtures, tools and production equipment to assemble circuits that require a clean environment.

At the Kanemine factory (Kagoshima), we have everything from metal processing equipment to SMT assembly lines so that we can meet the needs of as many customers as possible. And large‐scale production is possible 24 hours a day from the manufacture of semiconductors to the assembly of various equipment and the installation of PCB boards. 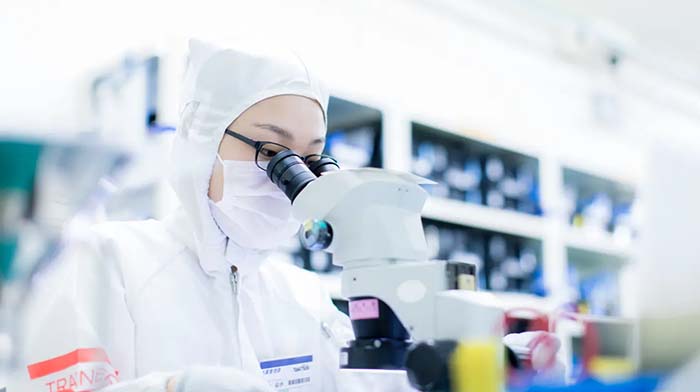 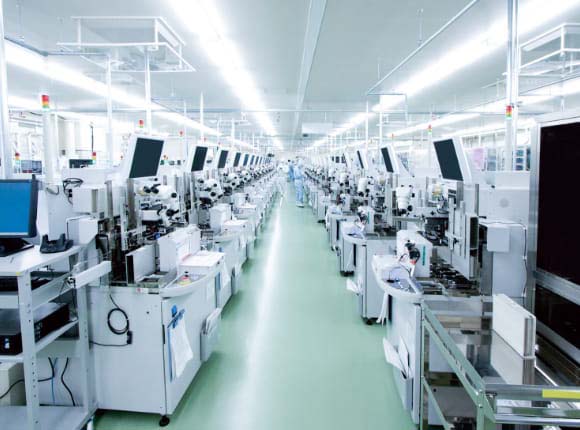 Through our production system and unparalleled quality control, we can always ensure the highest quality of any of our “ALL TAKATSUKI” products. We promise our customers to manufacture products with a wide range of capabilities and experienced staff.

Takatsuki Electric Co. Ltd., being engaged in the production of a wide variety of products, takes on a wide range of new ventures such as electrolyzers, vacuum tubes, agribusiness and production electronic parts.

In 1957, Takatsuki started assembling vacuum tubes for a large electrical appliance manufacturer, and with the development of semiconductor products, they began to manufacture all kinds of electronic parts. Based on this experience, Takatsuki is currently trusted with orders in various fields such as the development, production, and assembly of sophisticated electronic equipment.

In 1985, the head office moved to the current location of Kumiyama‐cho, Kuse‐gun, Kyoto. In the early 80s, the company expanded with new factories in Fukui, Kagoshima, Okayama, Toyama, and others. Experience in the production of various semiconductors electronic components, such as us LED, matrix, ICs, as well as electron guns, became the main driving force behind the breakthrough in the 1990s.

In 1994, Takatsuki Electric Industry received its first ISO−90002 certification. In the 90s, the technological development of the company continued and many unique products were released under its own trademark.

In 2008, the company began developing domestic vacuum tubes as a project for the 50th anniversary. At the same time, tentative steps were taken in agribusiness.

In 2010 in Japan, where vacuum tubes were discontinued in 1979, Takatsuki released the TA−300B output triode for Audio tube. The revival of the historic ultimate vacuum tubes business by Takatsuki, who was completely unknown in the audio world at the time, had a strong impact at home and abroad.

In 2016, based on the know‐how in the design and manufacture its own equipment for EMS (Electronic Manufacturing Services) and vacuum tubes, Takatsuki started the FA business at Toyama factory as its main production base.

In 2018, a unique single‐ended power amplifier TA−S01 was released, which maximizes the capabilities of the TA−300B tubes, by combining traditional Japanese manufacturing technology with free ideas that are not bound by sound stereotypes. 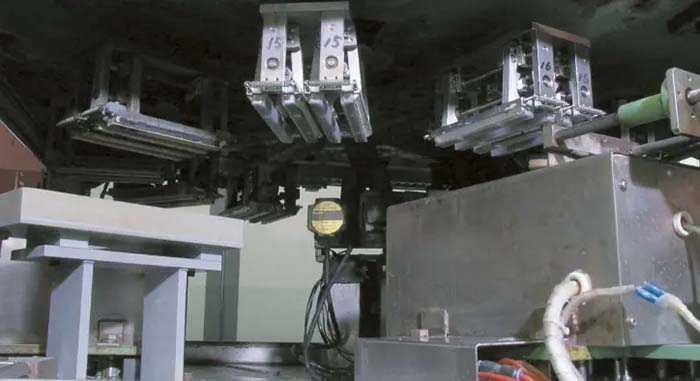 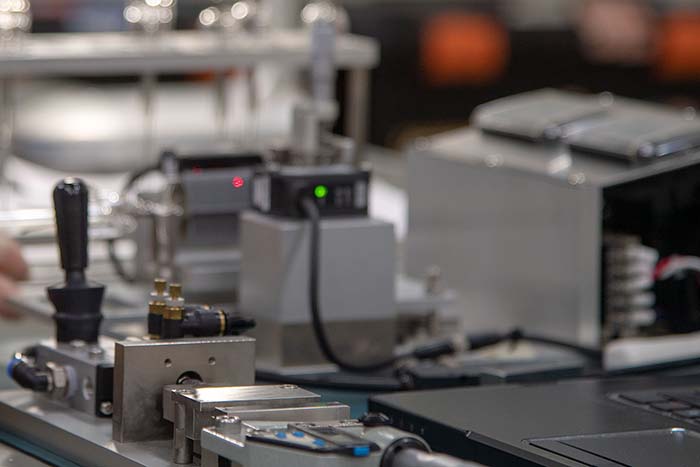 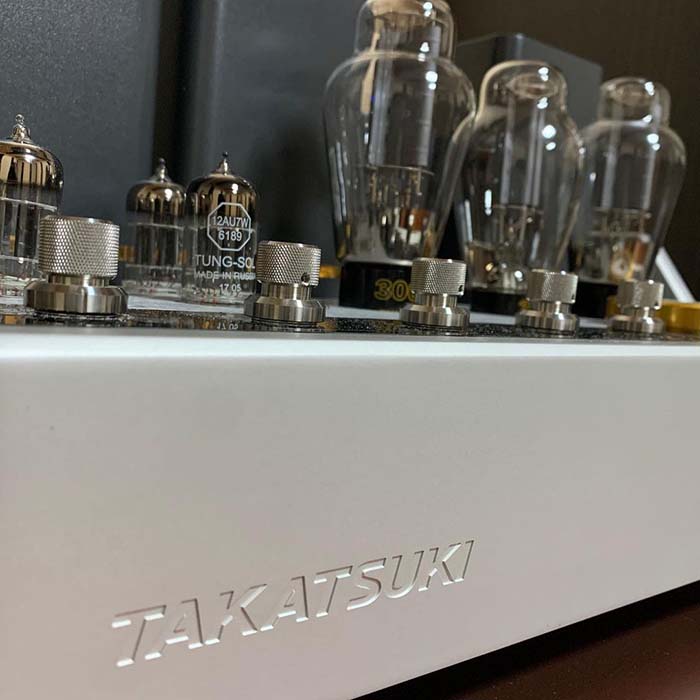